I've been spending a bit of time after work this week playing with the Fantasy Kingdoms asset package I mentioned in my previous devlog. One of the main reasons I wanted to start including this package was that it had a lot of options for creating house interiors. There was only a small amount of programming needed to get this in place, most of the work revolved around Unity's NavMesh components and making small adjustments to a few meshes in Blender to get the results I was after. 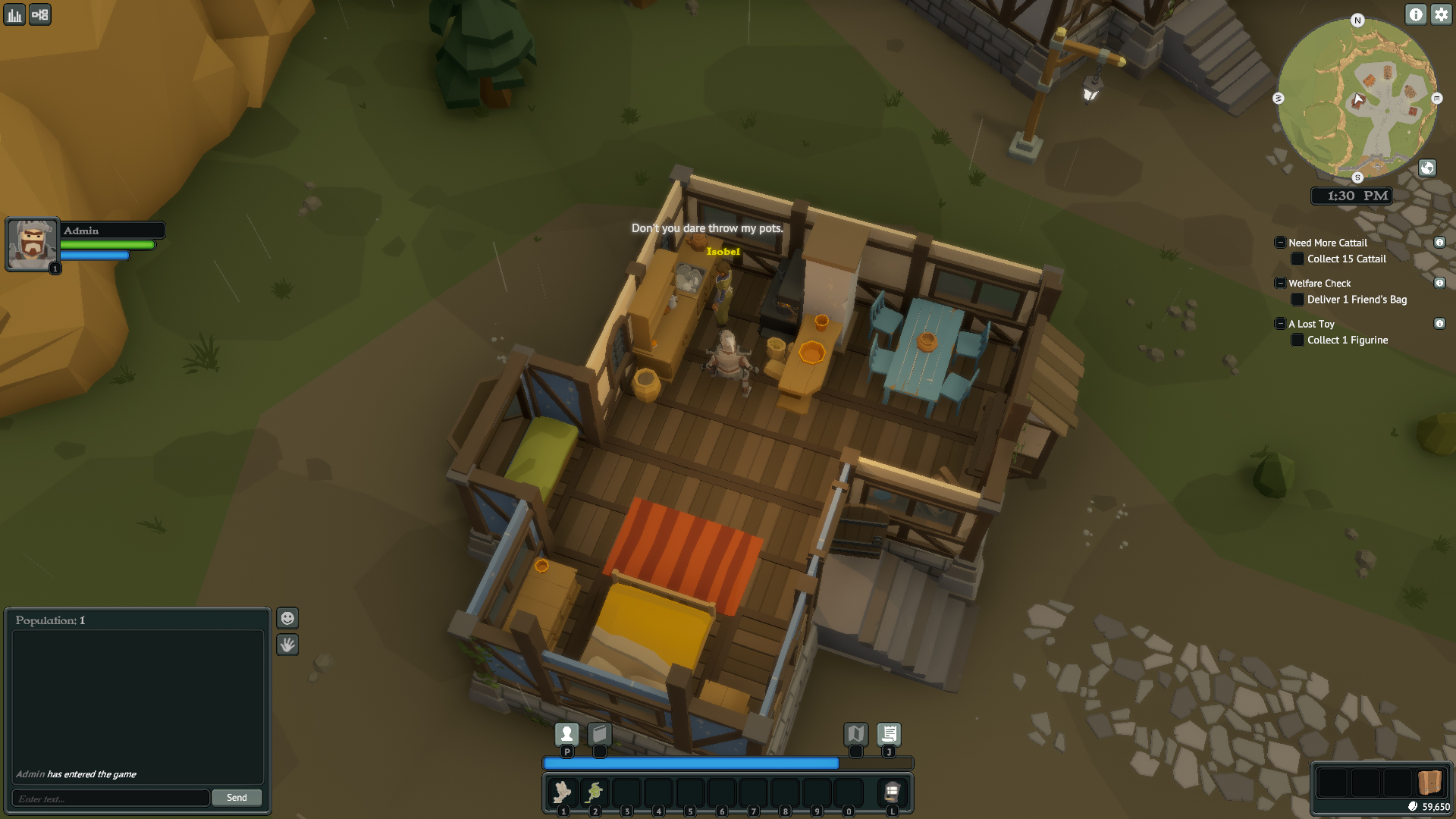 By separating floors into their own NavMesh layer, I was able to make walking around inside a building feel more intuitive and organic, since having them use the same layer would often result in the player accidentally targeting the ground outside when walking near a wall.  The package came with pre-built interiors made up of a bunch of different prefabs, so I not only saved myself a lot of time by using these, but also had almost everything working for all interiors once the first one was done. 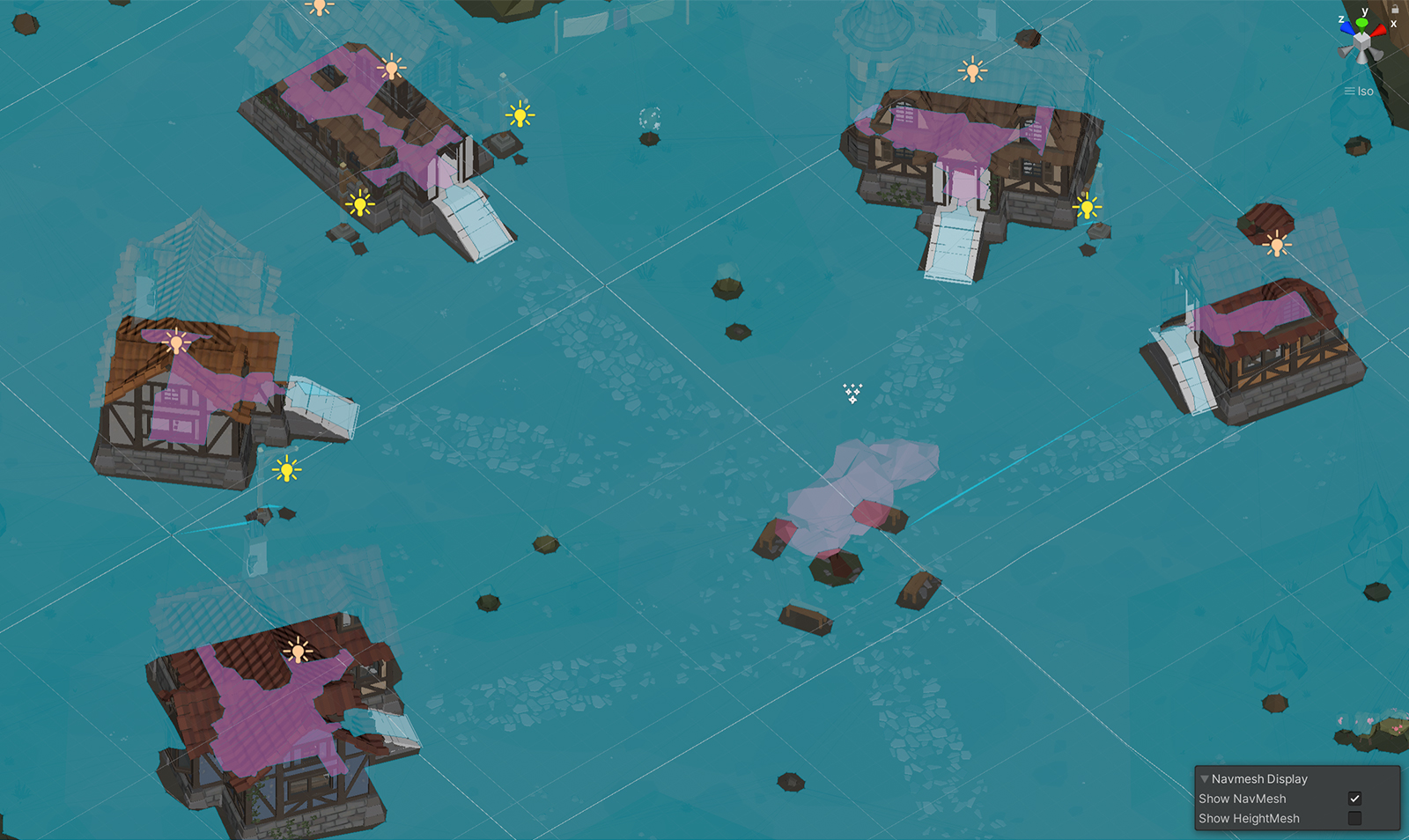 The only changes to the provided meshes was that I needed to stretch stairs out a bit to lower the incline to just under 30 degrees. Beyond that, there wasn't a whole lot of work involved here, it was mostly just playing around with the new prefabs as well as moving and/or creating a few NPCs. I've also opened up the area behind the castle wall, so players can now travel through the entrance to explore the small town that exists there.  All in all, this work was pretty relaxing, enjoyable, and required almost no programming except for the code that now makes use of the new NavMesh layer, and it also served as a nice temporary break from my zombie shooter. There are a ton of other props available in the Kingdoms package that I hope to make use of in the near future as well.