Freelance work has been very steady recently which hasn't left me with too much time to share progress on RIZN. I've been spending the majority of my free dev time fixing bugs and implementing small adjustments to make sure that gameplay is as smooth and performant as possible. As far as what's new, the three major recent additions include an incredibly large propane tank, a missing persons board, and (finally) the first melee weapon.

Not much to explain here; just the largest propane tank I've added to RIZN yet. I'll be placing these behemoths around Scourge City to give the player an easy way to wipe out a very large group of undead. Players would be wise to fire at these from a distance, their damage radius is as big as their bang. 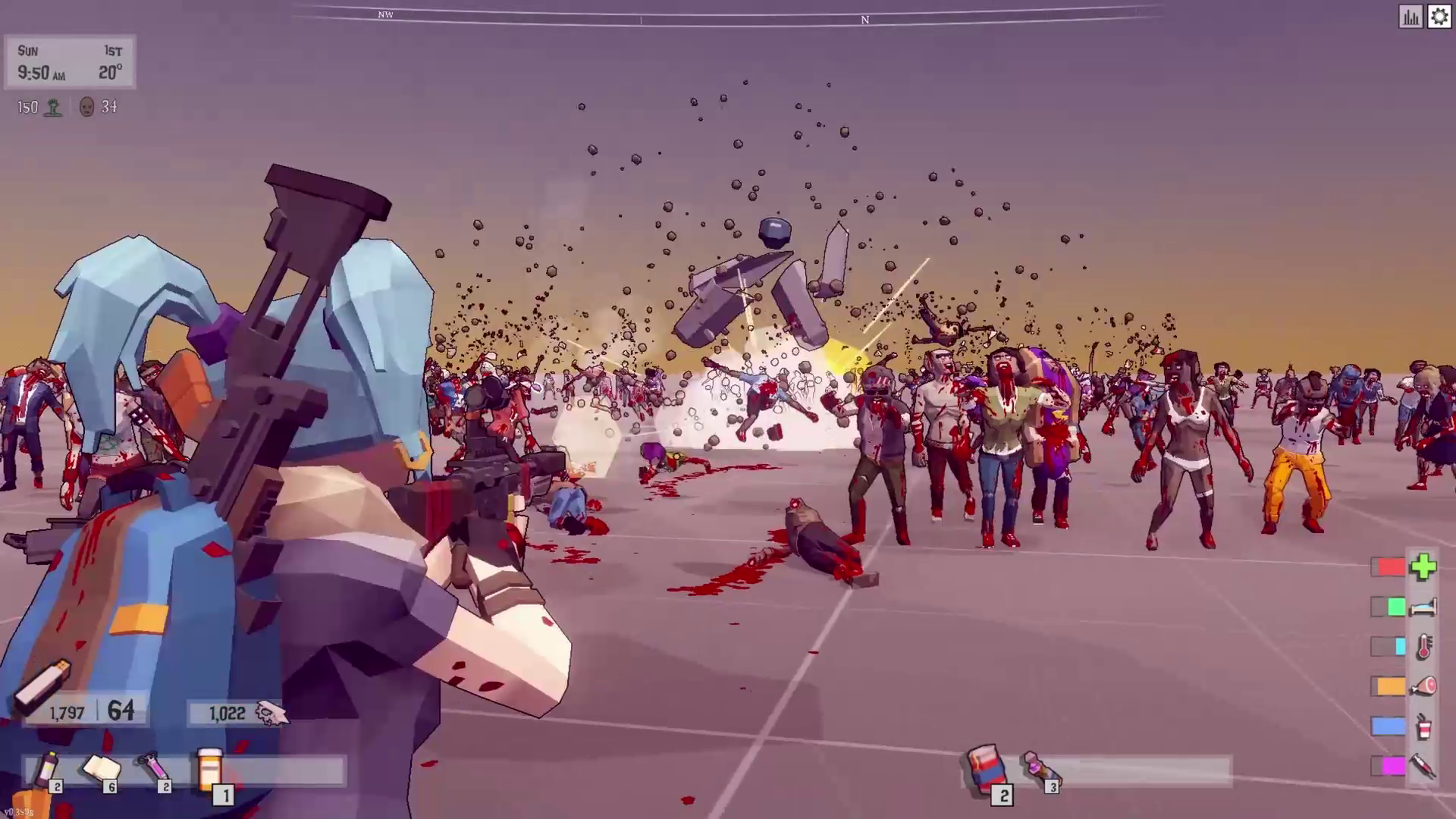 I've always enjoyed collectable items in games that aren't necessarily required for progression but offer a form of side quest if the player chooses to try and find them all. I had the idea for taking screenshots of Synty characters in various scenes to represent residents of the city before the apocalypse began. I then took these screenshots and turned them into various polaroid images which will be littered around the various quarantine zones and offer the player the ability to collect and post them to the new missing persons board located outside each hospital. Personally, I like the human element that this adds to an otherwise inhumane setting, and there's the added bonus that it serves as a reminder to players that all the rizn they are killing used to people, which hopefully comes with a small side of guilt. 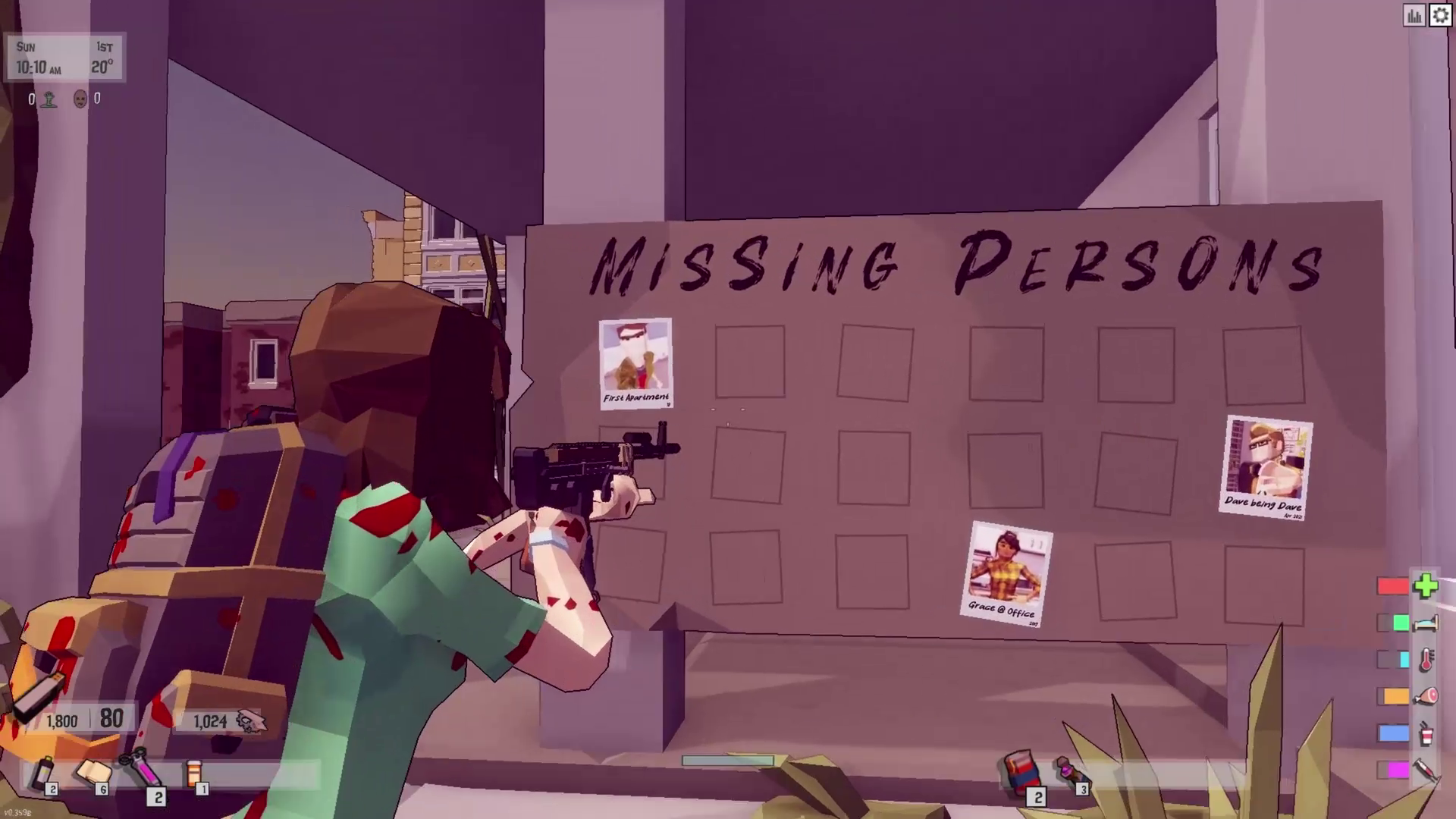 Last but certainly not least, I've gone through the painstaking process of adding the first melee weapon to the game. Although this was a bit of a pain considering I had not scoped for melee weapons when creating the player controller, now that the first one is done it shouldn't be too much work to add quite a few others. I started with a two-handed weapon consisting of a piece of rebar with concrete stuck on the end of it that the player can swing around like a giant hammer. There is certainly room for improvement and several areas will need a round of polish, but I'm very happy with how this turned out and I'm looking forward to adding more melee weapons in the future. It has certainly broken up the shooting gameplay a bit, offering the player a break from the need to aim accurately and giving them the opportunity to crush undead skulls in a completely different way. 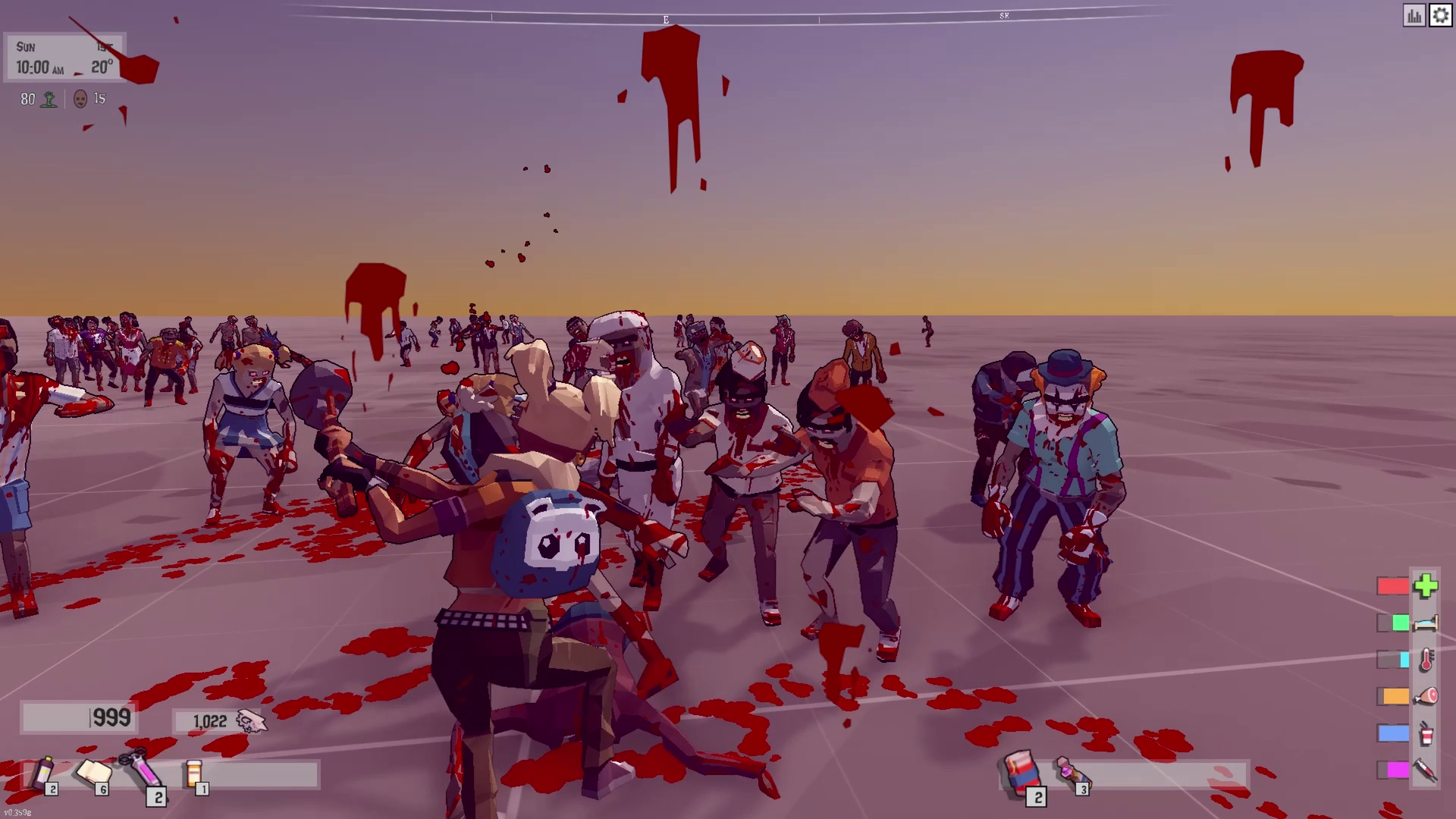 I'm still playing around with exactly how melee weapons will work but am currently leaning towards that they will be scattered around each quarantine zone and can be picked up at any time, but they will be automatically dropped when the player swaps to their firearm rather than allowing them to be stored in the backpack. This will force the player to not only hunt down a melee weapon when they run out of ammo - thereby putting them in even more danger of getting eaten - but also prevents them from simply swapping to melee when numerous undead are closing in. I may end up making it so that melee weapons can be stored in the pack like firearms, but I'll need to run through several more playtests before making a final decision.

With work as busy as it has been, coupled with the recent (time-consuming) addition of melee weapons, it's looking likely that I'll be delaying the Alpha release until this coming winter. Freelancing always has priority given that it is the means through which I keep a roof over my head but delaying things a few months will give me ample opportunity to add multiple melee weapons as well as implementing polish in a lot of areas to ensure a good gameplay experience. I'll make the determination on the possible delay in the coming weeks, but for now I'm just trying to focus on getting the work done when my day job affords me the opportunity and will worry about when it's going to be completed enough to publish after the fact.